Introducing the Sondheim bibliography! Want to learn more on Sondheim? This section will be regularly updated with new reviews and summaries from the wealth of books about Sondheim, his works and his partners. 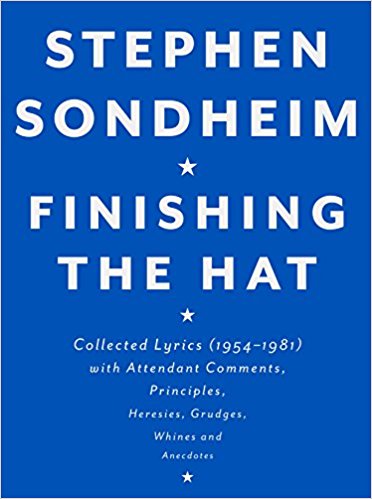 The first volume of this long-awaited two book set collects Sondheim’s lyrics from Saturday Night (1954) to Merrily We Roll Along (1981). Sondheim spells out his three cardinal rules of lyric-writing: “Content dictates form,” “Less is more” and “God is in the details.” He also provides remarkably clear-eyed critiques of his lyrics, plus outspoken assessments of his favorite theater lyricists (Berlin, Loesser, Porter, Harburg) and least favorite (W.S. Gilbert, Lerner, Hart), explaining why DuBose Heyward’s lyrics for Porgy and Bess are superior to Ira Gershwin’s. There are tantalizing photos of his handwritten lyric sheets, as the reader can watch “Rose’s Turn” and “Comedy Tonight” gradually take shape, and rare pictures from each show. And his career recollections might be the closest we will ever get to a Sondheim memoir. 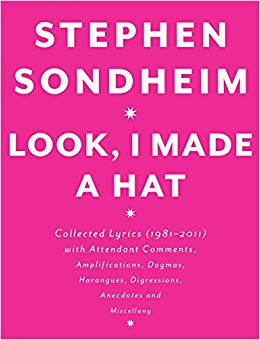 Volume 2 features Sondheim’s lyrics from Sunday in the Park with George (1984) to Road Show (2008) plus work from TV (1966’s Evening Primrose), movies (Dick Tracy) various productions of Candide, Williams College musicals, birthday songs for friends and lyrics from aborted projects. Of particular interest are Sondheim’s set of lyrics (and commentary) from four incarnations of what became Road Show (2008); it is astonishing to see how, even at this late stage in his career, Sondheim was willing to rewrite this work from the ground up so many times. In lieu of lengthier discussions of Broadway lyricists, Sondheim offers his opinion of critics, theatrical awards and the pros and cons of revivals. 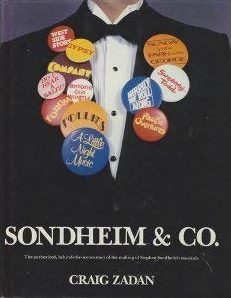 The first book — and for 15 years, the only book — about Stephen Sondheim, Zadan details the making of Sondheim’s Broadway musicals with quotes from Sondheim and his collaborators and performers and photos from productions and cast recording sessions. While revealing little about Sondheim’s personal life, we get a glimpse into how he puts songs together. Zadan gets his subjects to open up; Hal Prince sounds more natural here than in his 1974 memoir Contradictions, while Leonard Bernstein offers an impenetrable assessment of Sondheim’s work, dropping references to Stravinsky, T.S. Eliot and “a century of death.” Chapters on each show alternate with essays on such theatrical topics as orchestration, conducting, casting and even poster art. Updated in a second edition in covering everything up to Into the Woods, it has been out-of-print for almost 25 years and deserves a reprint — together with the 1973 Shubert Theater tribute (which Zadan co-produced) and 1977’s Side by Side by Sondheim, Sondheim and Co. introduced thousands of novices to his music and lyrics. 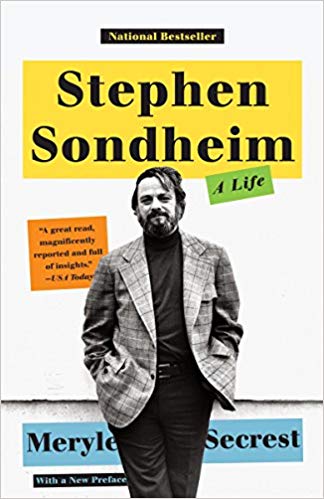 Secrest, with biographies of Sondheim’s collaborators Leonard Bernstein and Richard Rodgers, provides the first full length biography of the composer-lyricist (a biography by David Benedict is scheduled for a 2019 publication). Secrest examines how Sondheim’s mentoring by Frank Loesser and Dorothy Fields as well as Oscar Hammerstein II prepared him for a career in songwriting. Sondheim acknowledges his difficult relationship with his mother and also discusses (albeit briefly) his sexuality. Secrest gets excellent quotes from friends, classmates and colleagues detailing Sondheim’s focus and development as a writer and a person, occasionally stumbling in trying to make one-to-one parallels between Sondheim’s personal life and stage works (i.e, Sondheim is Bobby in Company, or his mother is all the aggressive women in his shows). Nevertheless, Secrest’s biography is a well-drawn overview of one of the unique lives in American arts. 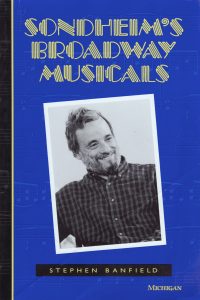 Covering Sondheim’s stage work through Assassins, this book focuses more on Sondheim the composer than the lyricist; West Side Story, Gypsy and Do I Hear a Waltz? are dispensed with in barely a dozen pages. Banfield, a British music professor, studies Sondheim’s technique through flow charts, numerous excerpts of his scores and tantalizing snatches of first-draft lyrics. The author makes any number of intriguing and unexpected connections (comparing Hapgood in Anyone Can Whistle to King Arthur in Camelot and Harold Hill in The Music Man, for example) and places Sondheim’s theatrical composing within the context of modern classical music. Sondheim’s Broadway Musicals is a thorough (if slightly dated) examination of Sondheim’s work, and would probably be best appreciated by music composition students. 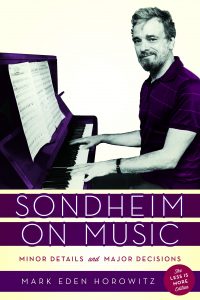 Horowitz, the senior music specialist at the Library of Congress and archivist of the Frederick Loewe and Leonard Bernstein collections, picks Sondheim’s brain on the composition of seven of his later musicals, including Pacific Overtures, Into the Woods and Passion. Horowitz asks pertinent questions and augments the text with score excerpts. Best of all, Sondheim’s always-enthusiastic conversation style is geared to 11 (“Lyric writing is, for me, hell. It’s generally unpleasant, even though I’m often proud of what I’ve done. But it’s really, really, really hard”) and there’s likely more of Sondheim in his own words here than in any other book outside of his two volumes of lyrics. Originally published in 2003, the 2019 edition includes a 2013 Sondheim interview at Symphony Space.

Rick Pender, founding editor of Everything Sondheim, has created a brand new, … END_OF_DOCUMENT_TOKEN_TO_BE_REPLACED

“We had the same priorities.  We wanted to take the audience where we wanted to … END_OF_DOCUMENT_TOKEN_TO_BE_REPLACED

In 1997, Stephen Sondheim sat down with Library of Congress Senior Music … END_OF_DOCUMENT_TOKEN_TO_BE_REPLACED

Editor's note: Since the printing of this article, Sondheim is reportedly no … END_OF_DOCUMENT_TOKEN_TO_BE_REPLACED

Isn’t it rich? His career arc stretches from writing the lyrics for West Side … END_OF_DOCUMENT_TOKEN_TO_BE_REPLACED